MUSIC gives a soul to the universe, wings to the mind, flight to the imagination and life to everything.
-Plato

This past year was rewarding on so many levels. From getting the opportunity to perform the role of Aeneas (in the epic Les Troyens) twice in one season, at two of the preeminent opera houses in the world (Vienna and Paris), to a new production of La Fanciulla del West in Munich, revisiting the Prince in Rusalka on two occasions, once in Vienna and again in San Francisco, revisiting one of my favorites roles Florestan in Fidelio and finally making my long awaited debut as the title role in Parsifal in Berlin. I was able to reconnect with the magnificent David McVicar (twice), rethink my take take on Aeneas with Dimitri Tcherniakov, work with the fantastic Andreas Dressen in Munich and perform in Otto Schenk’s timeless vision of Fidelio. All while making music with some of the finest orchestras and under the direction of Maestros Jordan, Altinoglou, Runnicles, Jensens, Kim, Fischer and Gaffigan. It was humbling. It was an honor. It will be one of the “highlight” seasons of my career.

The 2019/2020 season is no less thrilling on many levels. I will add two more new roles to the 54 that I have currently under my belt, with two house debuts that I have been eagerly anticipating. I start the season with the Dutch National Opera in a new Robert Carsen production of Pagliacci as Canio. It will be conducted by Leonardo Viotti. Carsen is a director with whom I have wanted to work in person (I’ve done two of his remounted shows) and I am thoroughly looking forward to plumbing the depths of this troubled character with him. My next venture is another house debut at the Staatsoper Unter den Linden in Berlin with one of my idols, Maestro Barenboim! It too will be a new production of Samson et Dalila directed by Damian Szifron (film director of the upcoming 6 Billion Dollar Man) and will see me reunited with Elina Garancia, it should be one heck of a show! Then, after many, many months of working away from home, I return to my “home theater” the Lyric Opera of Chicago for a long stint (YAHOO!). I am thrilled to be revisit Ghermann in Pique Dame with Maestro Davis conducting in a Richard Jones production. I stay on to sing a couple performances of Madama Butterfly conducted by Maestro Nanasi in a Grandage production, before singing in my third complete Ring Cycle. This too will be conducted by Maestro Davis and will be the first time all of the myriad of elements come together in David Poutney’s realization of this epic masterpiece. In it I will sing both Froh (Rheingold) and Siegmund (Die Walkure). I return to Munich for another run of La Fanciulla del West with Maestro Carignani in May before singing in a special Carmen in Wiesbaden for their May Festival! There are a few concerts tucked away in the summer months too, but more on that later. Whew.

This profession requires a huge time commitment, a tremendous amount of mental, physical and vocal stamina and sacrifices. I would be lying if I were to say that these past 18 months haven’t been rough for my family and I. My wife, three teenagers, a couple of dogs, a bunch of chickens and ducks, my cat and even our guinea pig (the last four probably haven’t been too put out) have all sacrificed time, holidays, birthdays and the like. So I can’t begin to express how thrilled I am to be working in Chicago where I can travel to and from work and sleep under my own roof. I’ve been waiting for this season for a few years now!

This upcoming season will see me surrounded by incredible musicians, technicians and colleagues. Some of the most passionate, glorious and transformative music in all of the operatic cannon awaits...I hope you’ll be able to join me! 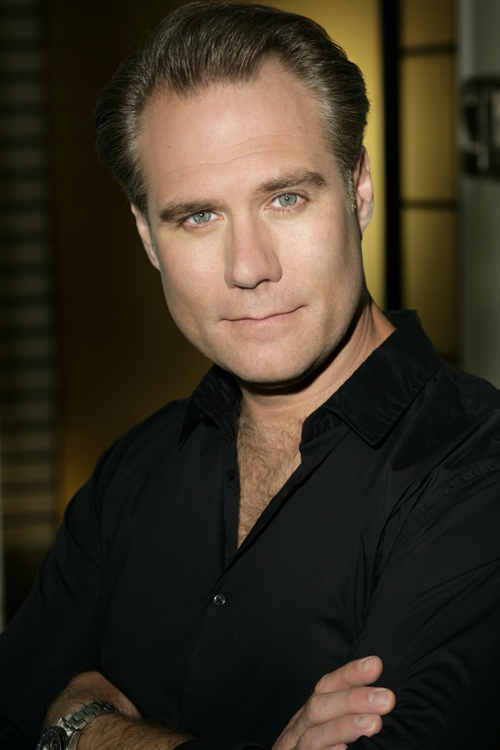 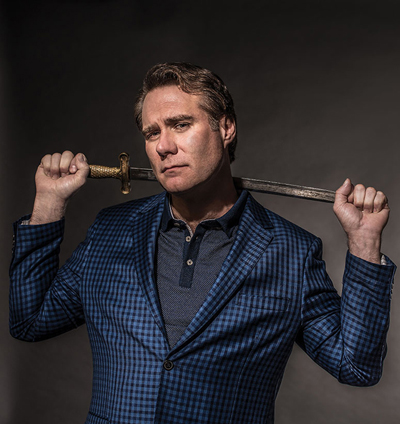 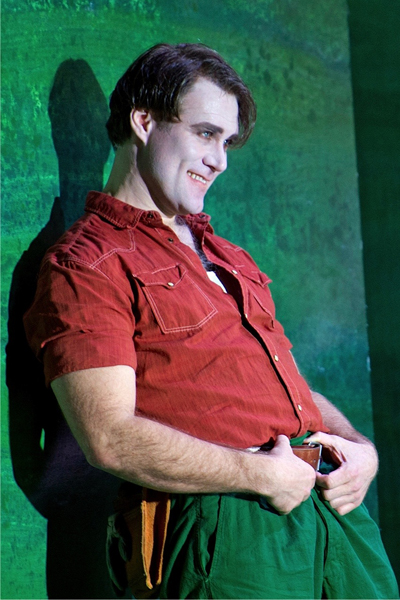 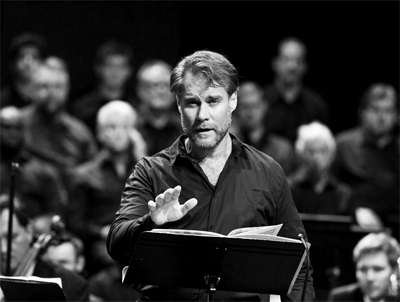 Praised by The Wall Street Journal for his “ardent, heroic tenor and strong acting,” Brandon Jovanovich is sought after by the world’s finest opera companies for his passionate stage portrayals of leading roles in French, Italian, German, and Slavic opera.

In the 2018/19 season, Brandon Jovanovich sings the roles of Enée in Sir David McVicar’s new production of Les Troyens, Florestan in Fidelio, and the Prince in Rusalka at the Wiener Staatsoper. He will also sing Dick Johnson in Andreas Dresen’s new production of La Fanciulla del West at the Bayerische Staatsoper, and will make his role debut in the title role of Parsifal at the Deutsche Oper Berlin. He concludes the season as the Prince in Rusalka at San Francisco Opera.

In this current season, Brandon Jovanovich sang the title role of Lohengrin at the Deutsche Oper Berlin, Siegmund in David Pountney’s new production of Die Walküre at the Lyric Opera of Chicago, and Don José in Carmen at Los Angeles Opera. He made his role debut as Dick Johnson in La Fanciulla del West at the Opernhaus Zürich, Sergei in Lady Macbeth of Mtsensk in his debut at the Royal Opera House, Covent Garden debut, and both Froh and Siegmund in The Ring Cycle with San Francisco Opera. Closing out the 2017/18 season Jovanovich will sing Hermann in Pique Dame at the Salzburger Festspiele under the baton of Mariss Jansons.

The 2016/17 performance season saw Brandon make his house debut at the Wiener Staatsoper as Don Jose in Carmen, and return to the Lyric Opera of Chicago (Les troyens and Carmen) and The Metropolitan Opera (Rusalka). On the concert platform Mr. Jovanovich made his debut with the Hallé Orchestra, singing Schoenberg's Gurre-lieder under the baton of Sir Mark Elder. In July 2017 Brandon returned to Opernhaus Zürich in the title role of Wagner's Lohengrin. In August 2017 Brandon closed the 2016/17 season with an exciting house debut with The Salzburg Festival as Sergei in Lady Macbeth of Mtsensk.

Schedule highlights in Brandon Jovanovich's 2015/16 season included two roles debuts -- Tambourmajor in Wozzeck at Opernhaus Zürich and Walther in Die Meistersinger von Nurnberg at San Francisco Opera under the baton of Sir Mark Elder, plus a much-anticipated house debut with L'Opéra National de Paris in the same role under the baton of Philippe Jordan. The singer also returned to the Bayerische Staatsoper in Munich as the Chevalier des Grieux in Puccini’s Manon Lescaut conducted by Asher Fisch, and as Don José in Bizet’s Carmen under the baton of Dan Ettinger. Mr. Jovanovich concluded the season with his house debut at Opera Australia as Don José in a new production of Carmen.

Mr. Jovanovich opened the 2014/15 season at San Francisco Opera as Sam in Carlisle Floyd’s Susannah in a new production by Michael Cavanagh, followed by his return to the Metropolitan Opera as Sergei in Shostakovich’s Lady Macbeth of Mtsensk under the baton of James Conlon. Other operatic highlights of Mr. Jovanovich’s season included Walter in Lyric Opera of Chicago’s highly-anticipated production of Mieczyslaw Weinberg’s The Passenger and a reprise of his acclaimed Florestan in Beethoven’s Fidelio at Opernhaus Zürich under the baton of Fabio Luisi. Orchestral engagements included Beethoven’s Missa Solemnis with the Los Angeles Philharmonic and San Francisco Symphony, both under the baton of Michael Tilson Thomas, and in his Vienna debut performing Janacek’s Glagolitic Mass with the Czech Philarmonic Orchestra. Additionally he appear in concert performances of Fidelio with Michael Tilson Thomas and the San Francisco Symphony and made his New York Philharmonic debut in Verdi’s Requiem under the baton of Alan Gilbert.

Recent concert work includes appearances with the Gürzenich-Orchester Köln under the baton of Markus Stenz, the Baltimore Symphony Orchestra, Lyric Opera of Chicago’s Millennium Park series, and the title role in a concert production of Lohengrin at Festival International de Lanaudière conducted by Yannick Nézet-Séguin. Mr. Jovanovich made role debuts in Wagner’s Der Ring des Nibelungen as Froh (Rheingold) and Siegmund (Die Walküre) with the San Francisco Opera in 2011 in the highly acclaimed production by Francesca Zambello, under the baton of Donald Runnicles, and his U.K. debut at the Glyndebourne Festival as Don José in David McVicar’s production of Carmen, conducted by Stéphane Denève. He later returned to Glyndebourne to sing the Prince in Dvořák’s Rusalka which was released as a live recording on Glyndebourne’s independent label.

A native of Billings, MT, Brandon Jovanovich received his training at Northern Arizona University and Manhattan School of Music. He was the recipient of the 2007 Richard Tucker Award and was twice a New York City district winner in the Metropolitan Opera National Council Auditions. He was a founding member of the Seattle Young Artists program and was a member of the Santa Fe Opera Apprentice program, where he was given the Anna Case Mackay award Award. He won the Crawley Award from the Young Patronesses of the Opera/Florida Grand Opera Voice Competition and in 2004 he was given the prestigious ARIA Award.

"Brandon Jovanovich was the star of the show,
a high heroic tenor
clearly destined for greatness."
-The Wall Street Journal

"His singing was thrillingly pure and tireless,
his stage presence simultaneously tender and aloof."
-The San Francisco Chronicle

Photos & Videos from various shows and publicity purposes
(plus a couple thrown in for fun!)
- Click images below to access each gallery -

2007 Featured in Quantum of Solace

"A prince as handsome to hear as to look at."

Published: December 17, 2017 FEATURE: Why an opera singer has to train like an athlete to hit every note

Published: February 25, 2017 BRANDON STARS in Rusalka at The MET, appears in Cinemas LIVE in HD

Published: October 23, 2015 BRANDON STARS IN WOZZECK in ZURICH and LONDON

Published: October 13, 2014 BRANDON STEPS IN AS DON JOSE IN CARMEN AT THE MET

see all items available on 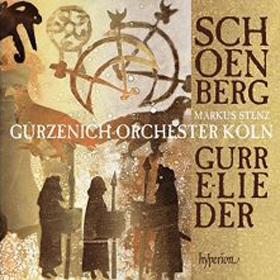 
Markus Stenz conducts the Gürzenich Orchestra
"Brandon Jovanovich brings a rugged vocal handsomeness to Waldemar, and there is a touching sensitivity and slight vulnerability in the timbre – a Heldentenor with a ringing top who retains some lyrical colour. ...He has all the notes under his belt."
-Hugo Shirley, Gramophone

Markus Stenz / Gürzenich Orchestra
Continuing his survey of the symphonies of Gustav Mahler, conductor Markus Stenz presents the "Symphony of a Thousand" with extraordinary power and depth. Features Brandon Jovanovich as a soloist.
Available on
AMAZON & iTunes 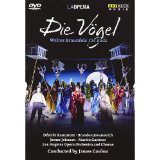 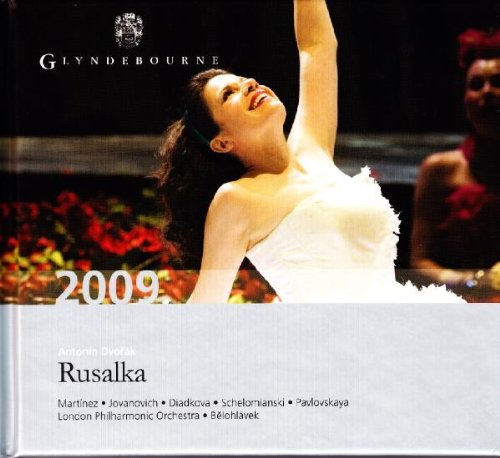 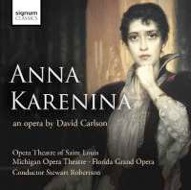 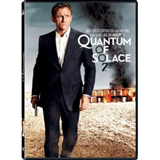 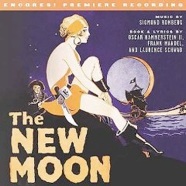 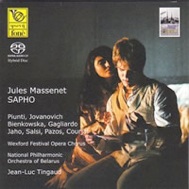 
Jules Massenet (Composer)
The National Philharmonic Orchestra of Belarus conducted by Jean-Luc Tingaud and Lubomir Matl. A Recording of live performances at the Wexford Festival, 2001 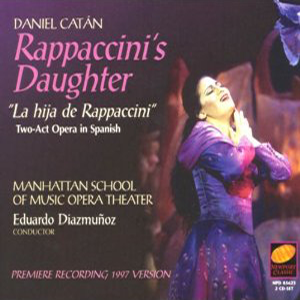 
Daniel Cátan (Composer)
The Manhattan School of Music Opera Theater conducted by Eduardo Diazmuñoz. This is the only complete recording of Daniel Catan's La hija de Rappaccini. It features the young voices of Brandon Jovanovich and Olivia Gorra
Available on
AMAZON

"Jovanovich has a major-league tenor sound"